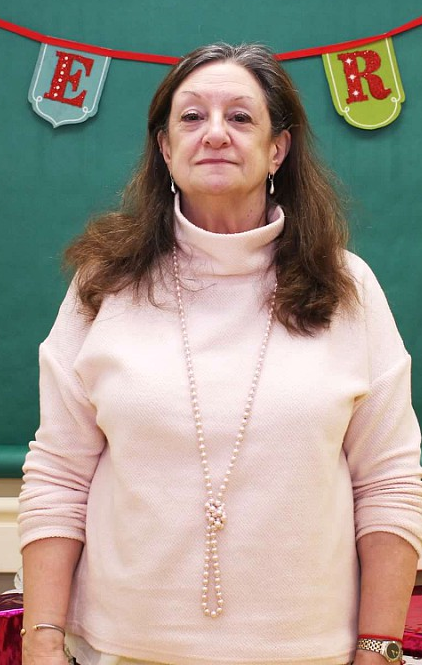 Fran Lytras has worked for the agency since 2003. Fran moved to New York City from upstate in Elmira, NY.


Wendy Schoenfeld, her supervisor, wrote about Fran, “I was so happy when she joined the Day Services department.  She moved between John Cook and Queens South through the years. She worked in Day Hab and also in Pre-Voc. Fran has been a support to other day programs as well - when other programs needed some help, Fran stepped in to assist.

“Fran has been an incredible asset to our department and our agency, always willing to lend a hand to anyone who needed one. She never said no, she always helped when she could.’

Fran has been in the field for 42 years. And one thing she has learned time and time again is that you get as much back as you put in. You learn about yourself and others.

Fran said that she has grown in each of her positions at Lifespire according to how much she was able to put into her job. “You are getting out of it what you are willing to put into it.” At Lifespire, she was able to grow into areas as manager and working at a number of New York City locations. The whole experience afforded the opportunity to learn things she didn't know.

One of the most encouraging things was when people took the time to show her the ropes. There was always a great deal of mentoring happening. The people she reported to would always make sure that she knew about positions that she could apply for.

“During the pandemic, we had to take it day by day. Always focusing on the end result, looking at the big picture. We do what we do no matter what... hurricanes, pandemics or otherwise,” said Fran.

Fran remembered, “When I first started everything was done longhand. Then they went to big, awful computers... I never used a typewriter, but I eventually transitioned and now with the technology, it is so much easier to do reports. Ultimately, technology has improved the quality of care. Because in this line of work, it is important to keep track of everything.

“I have been going out to lunch and stopping in to say goodbye to many of the staff for a while now.” Wendy concluded by saying, “We will miss Fran tremendously, not only for her excellent work, but also for her stories and her sense of humor. Her office was also filled with so many interesting items, each one had a story - just like Fran. She is irreplaceable.”